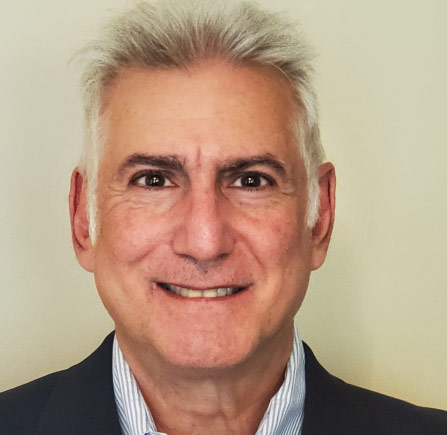 Coccimiglio has more than 33 years of progressively responsible experience directing as many as 400 employees in companies with revenue in excess of $300M. John has led these companies through start-up, expansion, and ultimate sale between 12x – 17x EBITDA. Coccimiglio’s experience in the recurring revenue business is uniquely aligned with VoCare’s vision of integrating wireless technology with the rapid pace of change in the Medical Monitoring business.

John started his career with a Cellular Management Company tasked with building and operating 800 MHz cellular properties in Metropolitan Service Areas across the country. He was initially tasked with a variety of Project Management assignments in the engineering group. He was also tasked with bidding a variety of telecommunication billing platforms, creating the initial customer care organization, and setting a strategy for several operating cellular networks that were under management. Eventually, Coccimiglio transitioned to building the Retail Sales, Indirect Dealer Group, and B2B Sales organizations in the various properties. He worked extensively with Real Estate Groups to source sites where the towers would be placed as well as find white space to place retail stores.

In 1991, Coccimiglio was tasked with building several Rural Service Areas for several carriers eventually going to work for an RSA cellular lottery winner. The telecom group had properties in Michigan, Virginia, Arizona, and Florida. The business was sold in 2000 at 17x EBITDA. In 2001 John joined CenturyTel Communications. CenturyTel (now called CenturyLink) owned wireline and wireless properties in Michigan. While at CenturyTel, Coccimiglio managed a CapEx budget of $30M with total gross revenue of $300M. His primary responsibility was managing and maintaining the wireline and wireless networks, Retail, B2B, and wholesale sales.